The Archbishop of Perth, Tim Costelloe, is leading a process that could lead to major reforms of the Catholic Church in Australia.

“I’m pretty nervous about it, only because it’s such a big challenge… but I also have a lot of hope,” he said.

The first assembly of the Church’s Plenary Council – the highest formal gathering of all local churches in a country – begins Sunday.

“The Plenary Council is a very important, possibly the most authoritative gathering of… the church in Australia, really to assess our situation and try, together as the people of God in Australia… to chart a way forward,” Bishop Costelloe , the President of the Plenary Council, said.

The Catholic Church has a strong presence in Australian society, through its schools, hospitals and welfare organizations, but Catholic author and former priest Paul Collins said the church is “deepening” inside , with fewer people attending Mass and fewer identifying as Catholics. .

Archdiocese of Canberra-Goulburn plenary council member John Warhurst, who is also the president of Concerned Catholics Canberra-Goulburn, said he hoped the council would come up with a “modern agenda for the church” and to a more transparent and responsible church.

“He will occupy a much stronger place in the Australian community and have a much greater moral authority if he can get his own house in order,” said Dr Warhurst.

Healing the wounds of abuse, what can be learned from First Nations Australians, the role of women and governance issues are among the topics that should be discussed at the first meeting of the Plenary Council.

Calendar of the Plenary Council

2002 the idea of ​​a “national ecclesiastical event” suggested

2021 the first assembly, involving 280 delegates, will be held online from October 4-10. This assembly will lead to resolutions

It will be Australia’s fifth full council, but the first since 1937.

Since then, the church itself and society in general have changed dramatically.

Data from the 2016 census showed that “no religion” overtook Catholics as the largest group linked to religion.

The number of men being trained to be priests has declined and fewer and fewer people are marrying in church or having their children baptized.

“This is a significant drop for such a large institution… and of course, the rates of practice in the church have dropped dramatically as well; we are probably lucky to have 10 or 11% of Catholics who admit to attending Mass with some regularity. . “

Dr Warhurst said the Plenary Council was “a huge opportunity for the church,” which he said was in a time of crisis.

“He certainly has to deal with the issues raised by the Royal Commission on Institutional Responses to Child Sexual Abuse, he has to deal with the decline in terms of mass attendance and the general decline of the Catholic population which is seriously involved in it. ‘church.

“One of the main [issues] is the role of women in the Catholic Church in terms of giving women equal leadership and equal representation. “

“Not only [because women are] not to be heard preaching, but in terms of various teachings and doctrines on gender and sexuality. “

Ms McEwan said drastic reforms were needed to give women an equal place in the church.

“At the very least, it would be really nice to have women preaching in churches,” she said.

Australian Catholic Bishops Conference president Archbishop of Brisbane Mark Coleridge spoke about the need for changes in church governance during a webinar hosted by The Tablet reporter Christopher Lamb more early this year.

“I think we need a less hierarchical, dare I say less monarchical type of governance… The current pattern of leadership in the church is just unsustainable,” he said.

Archbishop of Hobart Julian Porteous, in his book, Foundations: Preparing the Church in Australia for the Plenary Council and Beyond, wrote that “the church by its very nature is hierarchical and not democratic”, and that ” the church has, in fact, provided many ways in which lay people have governance roles and are involved directly in consultation with bishops ”.

Archbishop Porteous wrote that “on the basis of the Lord’s intention… governance belongs to the ordained ministry”.

Tensions between the “progressive” and the “reactionary” 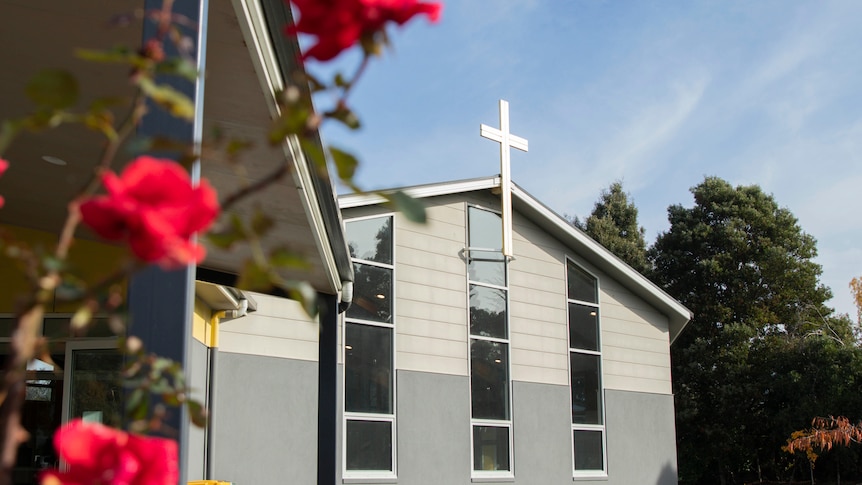 Jack has been attending his church for 60 years, now he and other parishioners say a loophole is emerging

The tensions between traditional or progressive Catholics and “reactionary” Catholics, who are sometimes referred to as ultra-conservative, should be evident during the plenary council.

“This is just part of the context; we cannot ignore the fact that there are these deep… ideological divisions,” Dr Warhurst said.

Mr Collins, who is also a founding member of Concerned Catholics Canberra-Goulburn, said divisions among Australian bishops have been evident for around 20 years.

He said that while some were in favor of renewal initiatives in the church, there were many who “may not be ready to rock the boat.”

“And then there would be a number of bishops – some of them in fairly large dioceses – who are essentially opposed to any form of change within the church.”

Archbishop Costelloe has said he disagrees that Australian bishops are deeply divided.

He said he hoped the Plenary Council would be a chance for all Australian Catholics to come together with “an open heart, an open mind and an open mind.”

“The disagreements, the differences … they will always be there but maybe what the Plenary Council will do is help us deal with them a little better.

“We have to learn to listen to each other very carefully with respect.”

‘It’s the Holy Spirit leading this’

Mr Collins said he was not optimistic that the full Council would accomplish much.

He said that by moving it to an online forum due to COVID-19 restrictions, “essential” face-to-face communication would be removed.

He also questioned the wisdom of holding a plenary council, which is bound by Church law, “which means that at the end of the day the only people who make real decisions are the bishops.”

Archbishop Costelloe said that even though bishops are the leaders of their community, that doesn’t mean they have to make decisions without consultation.

“One of the things about the Plenary Council is that it can show us what true listening, by bishops, to the community of faith in the Catholic Church in Australia is.”

Angela McCarthy, associate lecturer in theology at the University of Notre Dame in Australia and a member of the Plenary Council, said she was optimistic about what she could accomplish.

“It’s not just what we say, it’s actually the Holy Spirit directing it,” she said.

“There were some very negative and incredibly antagonistic things that happened before Vatican Council II, and yet the movement that was guided by the Spirit was beyond the extraordinary, it was truly transcendent… I see the way this council moves will be similar. “