Montezuma-Cortez School District School Board RE-1 voted unanimously on Tuesday to approve the move to four-day school weeks. 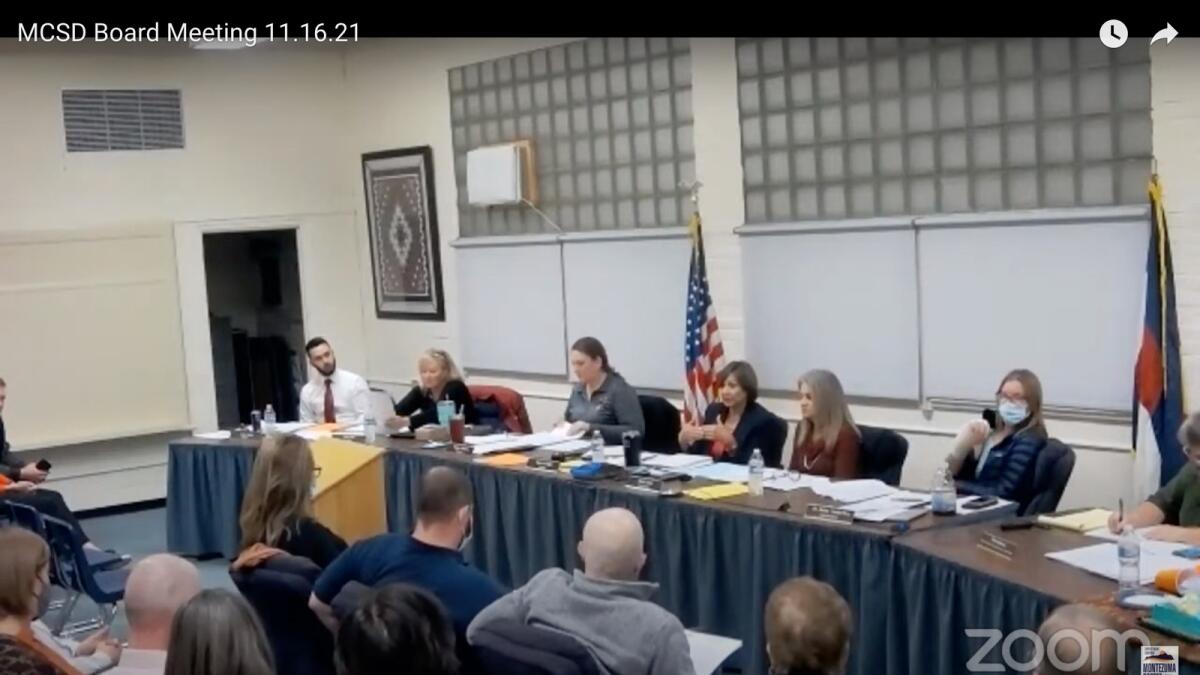 The district will implement a temporary measure in January

The Montezuma-Cortez RE-1 school district is moving to a four-day schedule starting in January.

Discussions about the change continued, although more recent conversations have presented the change as a solution to critical staff shortages and declining staff morale. Other potential solutions are being developed, including school consolidation and teacher compensation initiatives.

The district joins a majority of state schools by deviating from conventional timetables, if only temporarily.

In the past, four-day weeks were in part rejected due to limitations imposed by bus routes that would have forced school days or years to be “extremely long,” said the executive director of university student services, Jim Parr, at the meeting. Plus, the five-day weeks were familiar, and board chair Sherri Wright said teachers should have been working every alternate Friday under the old proposals.

Colorado leads the country in school districts with four-day weeks, with 114, or 64%, of its 178 districts participating in the model in the 2021-2022 school year, according to the Colorado Department of Education.

The RE-1 education council voted unanimously on Tuesday to approve the transition, and the district will follow in the footsteps of Mancos and Dolores schools. Mancos led Montezuma County schools as the first to shorten his schedule, at the start of the 2017-18 school year. Dolores has condensed her weeks back to school.

Executive Finance Director Kyle Archibeque told the board he should approve an expenditure of around $ 780,000 to allow teachers to be paid more to compensate for fewer days of work while still aligning with contracts agreed wages.

He said some details need to be worked out, such as whether school-related activities will take place on Fridays and how teachers will be selected and paid for teaching on those days.

Superintendent Risha VanderWey said the district is working with community organizations that will help support students and teachers on Fridays.

â€œIt would be a lifeline for our staff,â€ said Stacey Hall, board member.

Other board members expressed similar sentiments.

New high school board representative Avery Wright said she conducted a social media survey asking high school students what they thought of the four-day weeks. While only six responded, she addressed the pros and cons raised by the survey.

More time and flexibility for students with jobs – as well as more time for family and friends – were mentioned as perks, she said. Reported drawbacks included a longer school year, less time to prepare for advanced placement exams, changing training schedules, and potential anxiety when changing mid-year.

â€œThe teachers are amazing; they are our foundation. If they can’t teach us what they are passionate about, then what’s the point of teaching? she said. “So it becomes uncertain, because some students are for it and some students are against, but I think it’s important to listen to the teachers.”

The board’s decision came after the district released a poll on Nov. 5 asking for community input on the new schedule. Wright said the results were around 80-20, in favor of the four-day structure. The number has increased for teachers.

The last day of school was originally scheduled for May 18. With the proposed new schedule, it will fall on May 26. The graduation ceremony will still take place on May 19.

Winter and spring break are the same, although there is no additional break on April 25, and the school will remain open for Martin Luther King Jr. Day and Presidents Day.

With the approval of the new schedule, there are now 160 student contact days this school year. The previous calendar totaled 168 high school days and 166 primary school days.